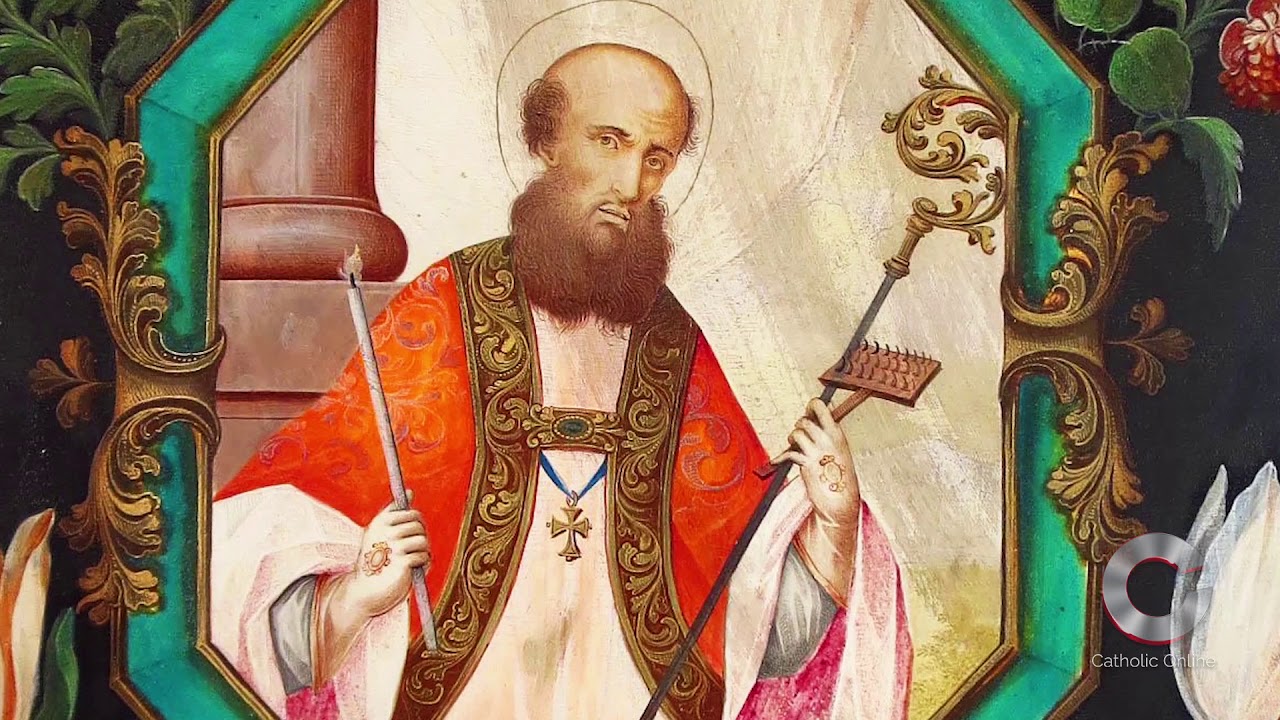 Saint Blaise is a saint we all likely have at least a passing familiarity with, given every year on his feast day we have the blessing of the throats in his honor during Mass.  Unsurprisingly, he was a physician who specialized in treating objects lodged in the throat, but he eventually changed from being a physician of the body to one of the soul, becoming the bishop of Sebastea.  As bishop, his actions taught the people as well as his words, and a great many miracles have been attributed to him, even including the healing of animals who came to him of their own volition.

Unfortunately, Agricolaus, the governor of Cappadocia, began a persecution of the Christians within his territory, and had Saint Blaise arrested.  While he was being seized, a grief-stricken mother whose child was choking on the bone of a fish implored his intercession, and moved by her grief, Saint Blaise offered up prayers on behalf of the child, who was cured.  Regardless, St. Blaise was then promptly taken off to prison, tortured, and beheaded.

Even at the worst of times, Saint Blaise’s faith did not falter, allowing him to perform miracles of healing even as he was being taken off to prison to be tortured and killed for his belief in Christ.  We ought to strive to imitate that example, even if our suffering may not be as severe and none of us are going to be performing any miracles (most likely).  I’m sure I speak for all of us when I say that I wish things could just go back to normal already, not in the least because of the separation from the sacraments we’ve all been suffering.  The doors of the Church will reopen soon, and when they do, we’ll have to take care for our own health and that of others, else the doors just may close again.